After so much anticipation for Park Min Young's next project, Culture Depot finally released an official statement. Park Min Young will be joining the Chinese actor Hans Zhang Han in a Chinese period drama Braveness of the Ming 锦衣夜行 . It will be a 30-episode drama and is based on a popular C-novel series. Min Young will be playing the role of  Xie Yu Fei who is a wife of Xia Xun. Not much info has been released yet, although there is already an official pre-production poster.

Chinese version of Gossip Girl, which was initially planned to start production in June till September  has been postponed. Braveness of the Ming will fill her time while waiting for another Korean project set to start in September. Looks like Min Young will be quite busy this year.

Braveness of the Ming filming will start on May 21, 2015. All the best to Park Min Young! 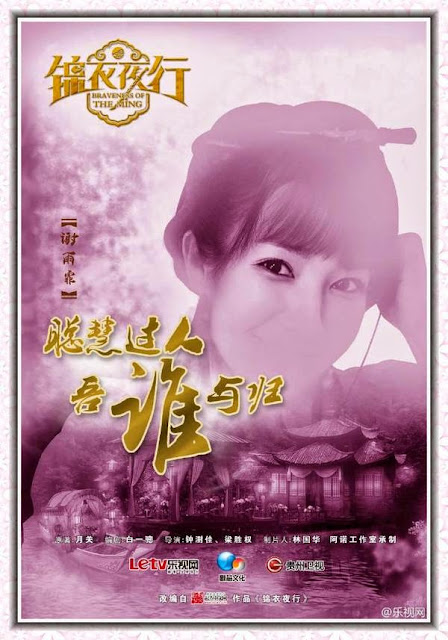 Posted by Unknown at 9:33 AM
Email ThisBlogThis!Share to TwitterShare to FacebookShare to Pinterest
Labels: braveness of the ming, chinese drama